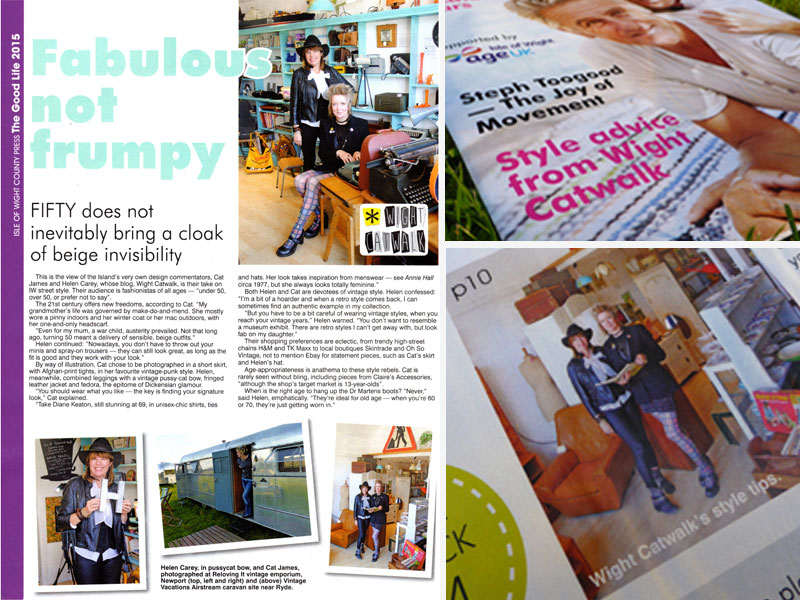 Do you remember when part-time Isle of Wight resident Alan Titchmarsh was all over the telly and it was proclaimed that gardening was the new sex? Or how about that time we eschewed broccoli for almonds as the new superfoods. Well, continuing the theme, we’re declaring that middle age is the new black. Or something.

As I opened the Isle of Wight County Press on my birthday last year, a flyer fluttered to the floor. Glancing at it before it hit the recycling I saw that it was imploring me to consider putting money aside for my funeral. Being over fifty and all that. And if that weren’t enough, a short-lived local advertising comic aimed at those whose forties were behind them had Sir Cliff on the cover. Really? Not that I’ve got anything against the Peter Pan of Pop – his calendars give me some really conflicting feelings – but how about having ‘andsome John Lydon or the Dandy Highwayman as a pin-up for the oldies? Both of them are way past fifty, though not as far past it as the erstwhile Harry Webb.

In an attempt to redress the balance, the Isle of Wight County Press approached Wight Catwalk to see if we’d like to be featured in its Guide to Later Years. Taking this as a massive compliment, we decided that it would be the perfect platform from which to chatter on about our love of vintage, cheap bling and hats. Even if it is sponsored by Age Concern. Remember kids, growing old is better than the alternative. 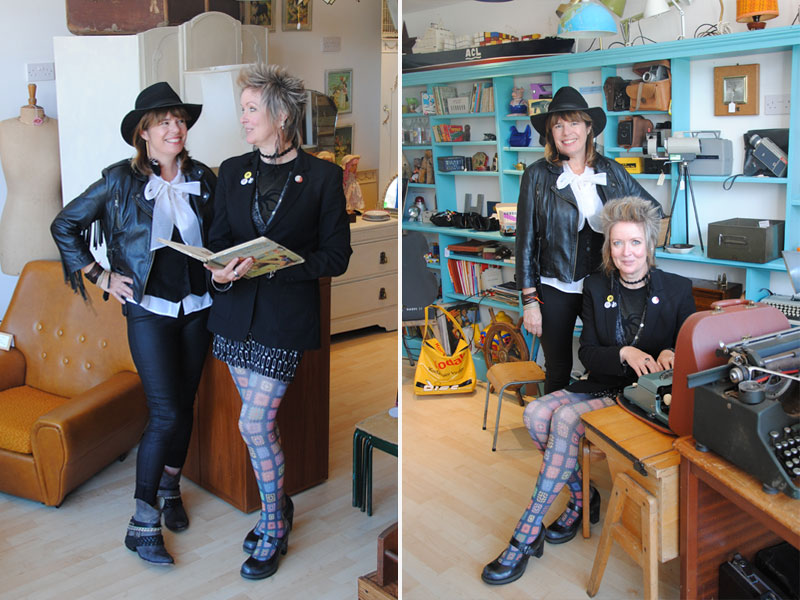 Vintage treasures – and Helen and Cat

Thanks to Sue from IWCP and Reloving It vintage emporium.

When I was invited to go dancing in Sandown one Friday night in January, my eyebrows slightly raised.