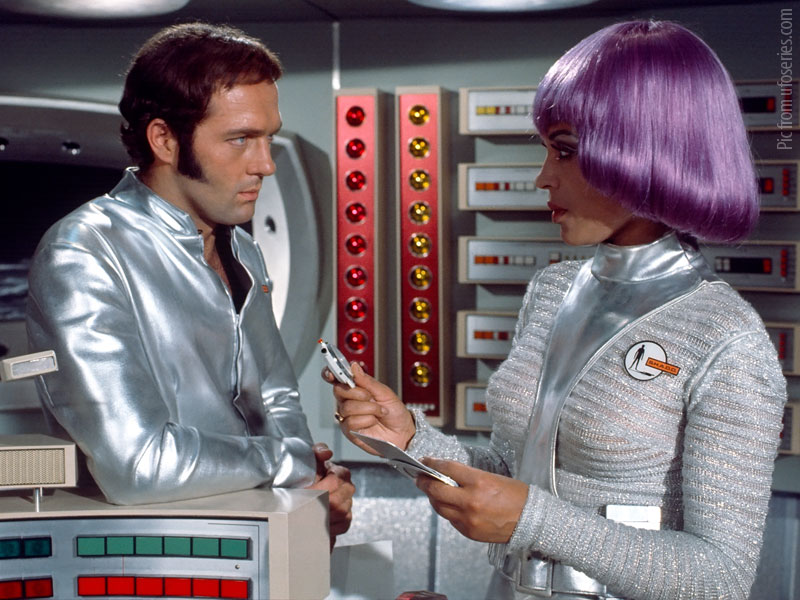 Back in the day – before a trip beyond the Earth’s atmosphere was in the reach of (wealthy) space tourists – life on the moon was imagined via the programme Space 1999. The inhabitants of Moonbase Alpha wore unisex ‘Moon City’ uniforms, with turtleneck detailing and a muted colour palette.

A more space-age look was developed for the series UFO where the female staff of SHADO wore purple wigs to complement their silver catsuits. Series creator Sylvia Anderson believed that wigs would become accepted components of military uniforms by the 1980s. Nice idea, and the sailors who headed to the South Atlantic sea to win back the Falklands may have been glad of the extra warmth a hairpiece would’ve provided. However a purple syrup wasn’t part of the forces’ kit in Thatcher’s government. Perhaps it should’ve been? #HairPeace (or should that be #HairPiece?).

Anyway, with all this science fiction on the telly of my childhood – plus the science facts of Tomorrow’s World – I couldn’t wait to be in the future! I remember calculating how old I would be in the year 2000 – when I would presumably be issued with my hoverboard, dehydrated space food and silver hair. It didn’t quite happen; it’s practically 2015 and I still live in a draughty Victorian house, rather than a streamlined pod. Still, silver hair is within my gift just by the process of ageing.

Plus, fantastically, I have discovered a way of enhancing my old locks with holographic glitter strands. Oh yes, fans of shiny stuff, at last I’ve got semi-permanent space hair – and I didn’t have to go to Moon Base Alpha to get it! 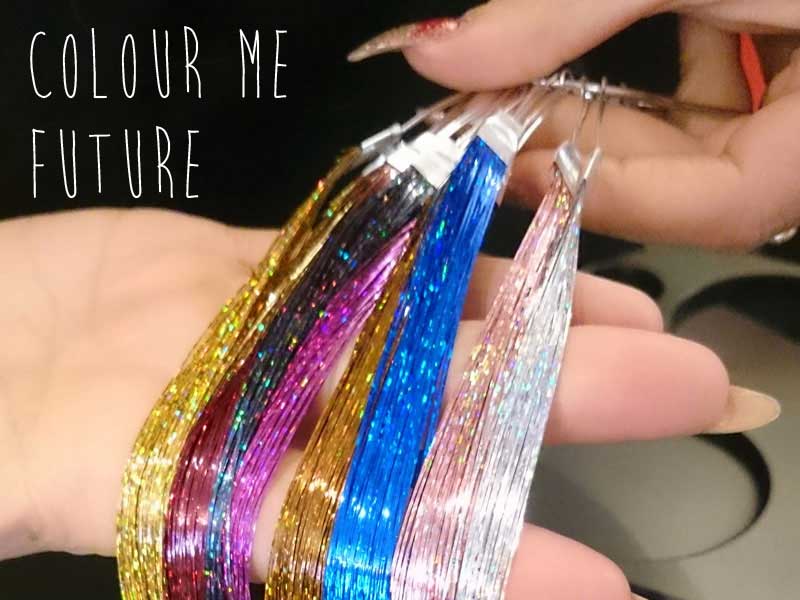 The ladies at Newport’s Thairapy knotted threads of lametta-like glitter into my hair for a few quid. I had several silver strands attached to the longer quiffy hair at the front of my messy do, but it comes in other colours too. I was charged £4.50 for about five strands (as I have short hair, it was knotted in until the length was used up so I got quite a few ‘hairs’). 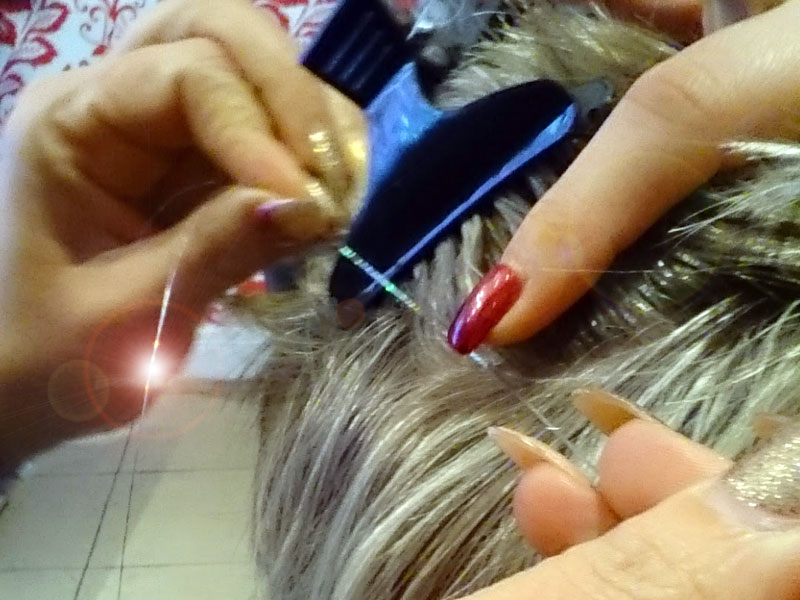 The holographic hair is pretty indestructible – I can wash it and dry it, style it with curling tongs or even hair straighteners; it won’t melt or disintegrate. Why, I could even use hair colourant without upsetting it. Yup, less than a fiver for versatile space hair.

Spring and autumn are my favourite seasons. A scorching summer day brings me out in freckles, or maybe some painful sunburn if I’m particularly lax about larding on the Factor Anorak. Winter is better, but I prefer mild and wet rather than those icy cold days.