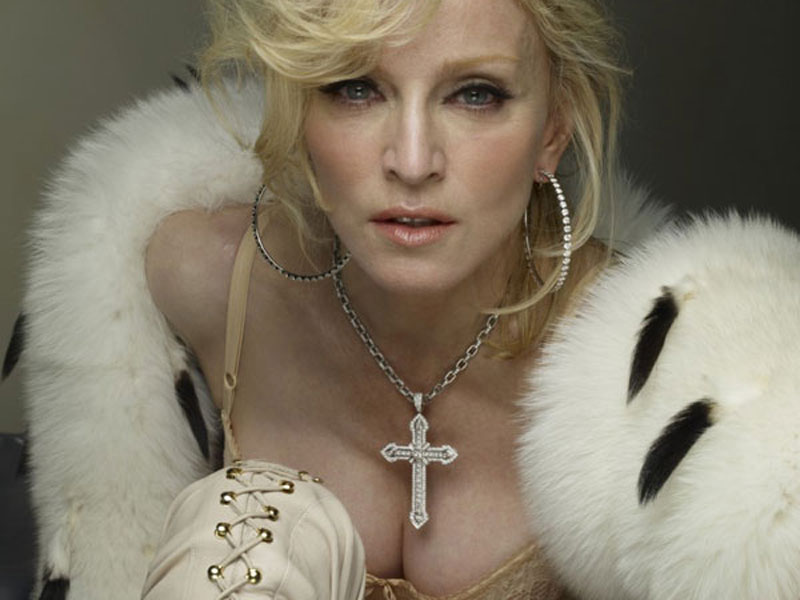 Madge (in her early fifties)

Back in in the late 1980s I was watching Top of the Pops with my mum. On came Madonna’s ‘Express Yourself‘ video and, as she watched the American songstress writhe, crotch-grab and simulate sex in her trademark style, my mother snorted “When’s Madonna going to get a proper job?”

At the age of thirty-one, it was deemed (by my mum at any rate) that Madonna should be through with the frivolity of a career in music. When she herself was thirty-one, my mother was bringing up her family. When her own mother, Madge, was thirty-one she was living through the second world war – with two children of her own to look after.

All her life – not just during the war – my grandmother experienced not only poverty but the relentless message of ‘make do and mend’ and consequently had a pathological reluctance to throw anything away or buy anything new. She mostly wore a pinny indoors to protect her old clothes underneath. Outside she donned her winter coat, or her mac if it was raining. There was just the one headscarf for windy days or for when she’d come out of the hairdressers. She had slippers for indoors and a pair of shoes for outdoors. As a war child my mum was similarly imbued with this austerity spirit; making, altering and then repairing her own clothes. 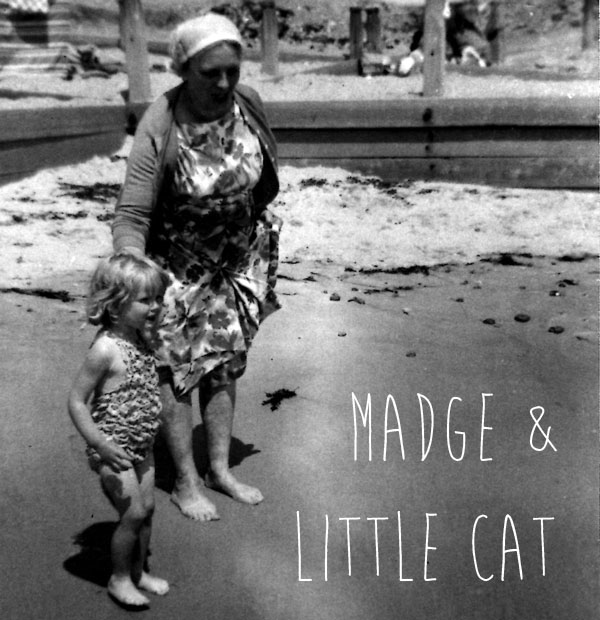 Madge (in her early fifties) and little Cat

The rule book by which my mother and grandmother lived their sartorial lives has been ripped up by the likes of Madonna, who presents a strong and pioneering example of what it’s like to be a middle aged woman in the twenty-first century. Flaunting her crotch in a way that would make Mary Whitehouse ignite with friction from spinning in her grave, she is without precedent and – even if not consciously – we are all bobbing along in her wake.  So I wear what I like, dye my hair and invest money on ridiculously shiny handbags. I watch as each subsequent generation establishes its own identity; the old ladies’ uniform of the mid-twentieth century has been well and truly ditched, along with the housewife’s prevalent pinny and a monthly shampoo-and-set (apart from among vintage lifestylers!).

This week, as well as Madonna releasing candid photos from a topless photoshoot, the cast of the new James Bond film was announced. Way back, Sean Connery and Sir Roger Moore capered their way through the franchise with young and increasingly implausibly-named Bond girls as their many and disposable love interests. At the press junket for next year’s twenty-fourth instalment of the 007 adventures, director Sam Mendes trumpeted that the film ‘Spectre’ would have “everything you would expect from a Bond movie”.

What the world was not expecting was Monica Bellucci who, at the ripe old age of fifty, is the oldest Bond girl ever – what a masterstroke by the casting team. Pensioner Dame Judi Dench was a trailblazer as ‘M’ in the recent films; the casting of Ms Belluci – playing opposite a Bond actor who is four years her junior – really sticks two fingers up at the Bond girl stereotype. 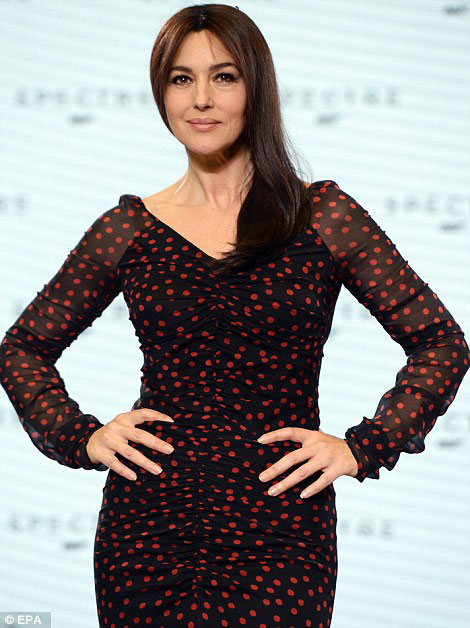 The days of women over thirty-one blending into the background may not *quite* be well and truly over.  But I hope my mother will (finally) be rightfully pleased that women, including Madonna and Monica, are creating their own manifesto for middle age.

Over a surprisingly-short time Matt’s beard became less Jeremy Corbyn and more Grizzly Adams. It was as conspicuous from the back as the front; sticking out in sideways tufts either side of his head like a lady’s luxuriant pant moustache. When the time came for an overdue trim, he knew where to go.