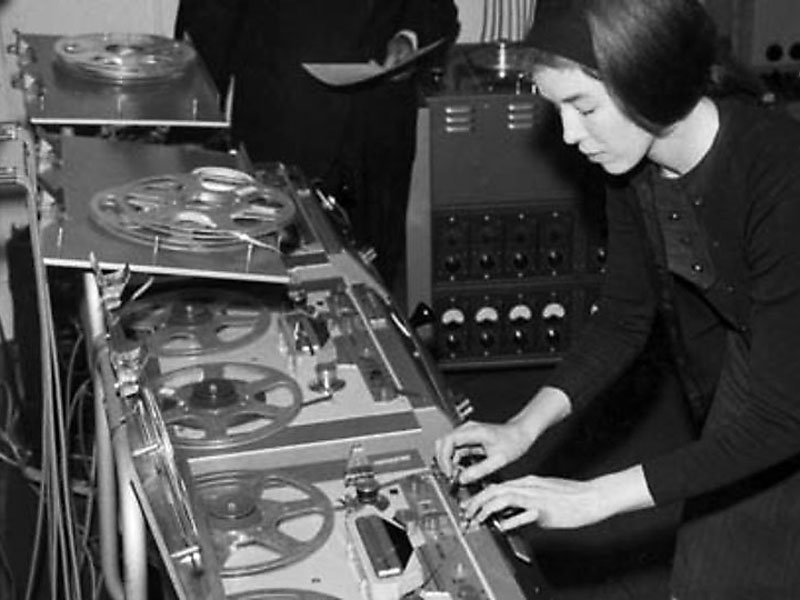 When I was a kid, the future was full of shiny optimism. Yes, we had acid rain and the threat of nuclear Armageddon to face, but we also had Tomorrow’s World, the BBC Radiophonic Workshop and fictional silver-suited moon-based personnel. The vision of the twenty-first century was bright. We’d all have energy-saving devices to allow us loads of leisure time to enjoy creative pursuits like learning the theramin while wearing floaty robes.

The 1970s was a great time to grow up; men wore make-up on children’s TV without any of the relentless analysis you get these days. Women had equal wages, and control over their fertility and bank accounts. It was not unusual for them to be portrayed on TV as an investigative journalist, scientist or cryptographer – plenty for a girl to aspire to.

The eighties too had particularly exciting predictions. Many was the hour I spent down the video rental shop, procrastinating over which sci-fi film to watch (again). Arnie’s acting may have rightly earned him the nickname the Austrian Oak but The Terminator, The Sixth Day and The Running Man were all absorbing suggestions of what the future could be like. Add a smattering of Paul Verhoeven’s more cynical interpretations, plus Marty McFly’s self-tying shoe laces in Back To The Future Part II and we’re set for the ride of our lives.

Fast forward to autumn 2017. I spent two consecutive nights at the cinema with my head in my actual hands, despairing at how the twenty-first century I was so looking forward to has been mangled at the fumbling digits of film-makers. How did it come to this? 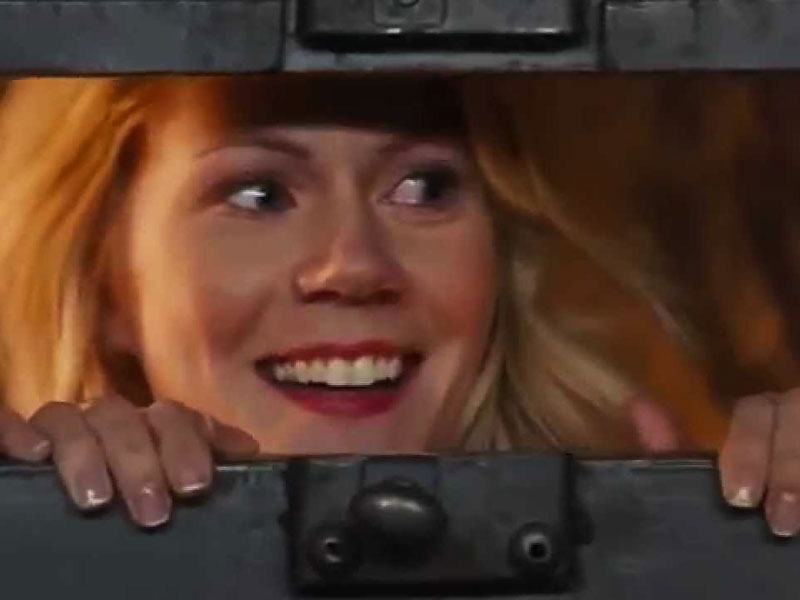 The first Kingsman film was a hilarious riot of schlock violence, ‘differently-abled’ villains and smooth operators. The female characters (at first) were pretty feisty but, for a film written by a woman, fell disappointingly into lazy stereotypes of battered wife, perpetually snivelling girl and evil hench bitch with regulation geometric haircut. Taking a bird ‘up the Gary’ may be the acme of sexual conquests for American dudes but, as an English woman and feminist, the ABSOLUTE WORST part of the film wasn’t the roller-coaster violence and the threat to all humanity but the ‘cheeky’ promise of anal sex. When challenged, the film-maker declared this scene to be a “celebration of women“.

Last night I went to see its sequel, Kingsman: The Golden Circle. Like any girl who grew up in Pompey, I can swear like a docker, but repeatedly yelling fuck is no substitute for nuanced scriptwriting – unless your character is directing traffic in beer-stained clothes. For a comedy there was only one laugh-out loud moment for me and the rural audience I saw it with – and it wasn’t the scene where Eggsy has to conceal a tracking device on his mark. What the hell were the film makers thinking? Eggsy has to insert the tracker up a woman’s vagina. A woman he has yet to even speak to. From my seat in the darkened cinema this all seemed a bit rapey – even if, come the time, she seemed to be up for it.

And so to Blade Runner. Ahh, Blade Runner. What a fantastic dystopian vision of the future Ridley Scott’s interpretation gave us, based (as any fule kno) on a Philip K Dick novel. This master of the sci-fi tale once again wove a narrative about the essence of being and not-being. This theme is explored in the film Total Recall, with Doug Quaid/Hauser’s duality, and in A Scanner Darkly through Bob Arctor/Agent Fred. Perhaps this golden thread running through many of Dick’s stories refers back to the loss of his twin sister. But I ain’t no psychoanalyst.

Expectations high, I bought my ticket for Blade Runner 2049 .The reboot, to use the modern parlance, is a sequel of sorts with some expressionless wonk in the lead role as Deckard’s is he-isn’t he son. I know the character is possibly a replicant, but that doesn’t mean he has to be quite so relentlessly bland. After all, in the first film the replicants’ humanity was part of the enigma.

But back to 2049. In this horribly overwrought yet do-nothing film of bum-numbing tedium, most of the buildings either have dust as flooring or (inexplicably) water. A naked woman gets eviscerated; knifed deliberately in the womb by some beardy with no eyes. Rachael, who is for most of the film portrayed by a box of bones, had her baby removed by a C-section so brutal that there are knife marks on her pelvis. Now, I’ve never had a baby but I can’t imagine that this is a technique endorsed by the league of obstetricians. There are tits. Virtual tits, actual tits, pert tits projected large onto the side of a building. Real tits layered up with unreal tits. The only woman with any credibility is Lieutenant Joshi played by Robin Wright – and she ends up buying the farm. By the time Harrison Ford and his scruffy dog shambled into view I was wishing that the sorry mess would be over – or at least speed the fuck up.

I am a chap who has worn a moustache for most of his life, but one thing I’ve never tried is the full ‘ironic French’. On a recent trip to Brighton I was struck by the dense forests of facial hair sprouting unchecked from the faces of hipsters on every street-corner. It seems as though the much-predicted ‘peak beard’ is some way off.